What are cannabis vapes and how do you use them? 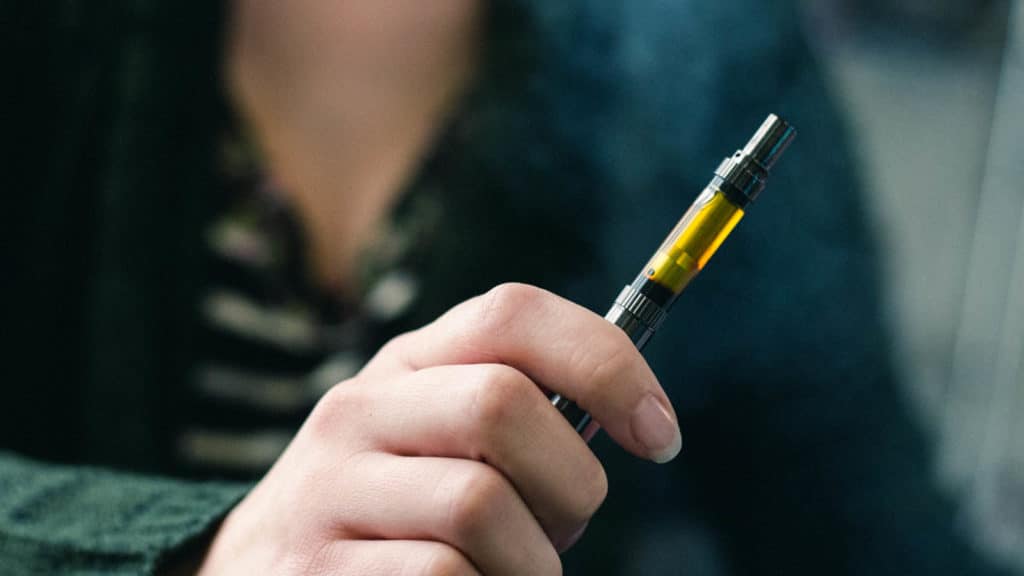 What are cannabis vapes and how do you use them?

Cannabis vaporization is growing in popularity among people interested in consuming cannabis in an easy, discreet manner that’s healthier than traditional smoking methods. Both flower and concentrates can be vaporized using a wide range of devices.

The leading benefit for vaping weed is that it’s a healthier alternative to smoking flower, as vapor doesn’t release the tar and carcinogens created during combustion (the process of burning flower). Instead, vaporization entails a slightly more complex process that creates a phase transition from liquid to vapor.

The process of vaping weed involves heating cannabis flower or concentrates to a temperature that turns the active compounds (cannabinoids and terpenes) into vapor. Vaporization is a healthier alternative to smoking as it occurs at temperatures that do not allow the flower to combust, which releases harmful tar and carcinogens.

Most vaporization devices are engineered to heat cannabis products just below the point of combustion, which ranges between 180 to 190 degrees Celsius (356 to 374 degrees Fahrenheit). Compared to smoking, vaping cannabis increases the amount of cannabis by-products that are activated, potentially bolstering health benefits for medical marijuana patients.

More research into the long term health effects of cannabis vaporization is needed, but there are studies backing up the perceived health benefits of this consumption method. A 2007 study, for example, observed self-reported respiratory symptoms in participants who used cigarettes and cannabis. The researchers found that while vaporization increased the amount of cannabis consumed, it also decreased respiratory symptoms in regular cannabis users who smoke. They concluded that the vaporization temperature was “cool enough to avoid the smoke and toxins associated with combustion.”

There are many methods by which people vaporize cannabis. The three main types are tabletop vaporizers, portable vaporizers, and vape or “hash oil” pens.

Based on function, e-nail (electric nail) dab rigs could also be considered tabletop vaporizers. This method allows people to vaporize concentrates using an electric nail. However, a reference to the term “vaporizer” generally applies to a device that vaporizes cannabis flowers.

Portable vaporizers can be used to consume many forms of concentrate including badder, budder, and shatter as well as flower in some cases. Before purchasing a portable vaporizer, consider the ways you intended to consume cannabis and look for one designed to accommodate that product. It’s important to distinguish the difference between portable dry herb vaporizers, wax vaporizers, and hybrids. While dry herb vapes and wax vapes are designed to work with specific types of cannabis products, hybrid vaporizers like the PAX 3 offer consumers the best of both worlds – compatible with both flower and concentrates.

Vape or “hash oil” pens are a type of vaporizer designed specifically to vaporize cannabis distillates and oils. They are called pens because the compact design of the vape device closely resembles that of a traditional pen. A vape pen consists of two pieces: a battery and cartridge.

Vape batteries come in a variety of styles – button or buttonless, cylindrical or rectangular, large or small – there is a shape and style to fit many personal preferences. One of the most popular weed pen batteries is the 510 thread, which is compatible with a large portion of pre-filled vape cartridges on the medical and adult-use concentrate market.

“Hash oil” vape cartridges contain a mouthpiece, chamber and heating element, which is activated upon initiated contact with a vape battery. The chamber of a vape cartridge is filled with oil or distillate, which contains concentrated amounts of cannabis cannabinoids and terpenes.

There are a number of considerations to make when shopping for the right vape pen for your consumption needs. For example, the battery capacity and type will dictate factors like the device’s heat up time and overall lifespan.

What is a dab pen?

Unlike a standard vape pen, which is designed for compatibility with vape cartridges filled with oil or distillite, a dab pen is used to consume dabs, which can be defined as an unspecified dosage of concentrate. Most dab pens, also known as wax pens, are essentially made up of the same components as a vape pen: a battery and heating element. With dab pens, the concentrate is placed into the heating chamber rather than loaded into a vape cartridge in liquid form. With this type of pen, users are not limited to cartridges, and can consume many forms of concentrate, including wax, badder, budder, and shatter.

How much is a vape pen?

The answer depends on the quality of the vape pen device and what comes with it. There are many options available on the medical and adult-use cannabis market. For example, you can find a vape pen starter kit that couples the battery with various tools and a device charger, disposable vape pens that arealy come with pre-filled vape cartridge, and cheaper replacement batteries that are sold separately.

In the case of disposable vape pens that come with a preloaded cartridge of cannabis oil, the price will also be contingent on the location it’s being sold, as the market can vary between different states. You can sort through a massive selection of verified vape pen products from reputable brands on Weedmaps.

What’s in a vape cartridge?

When choosing a vape cartridge, it’s important to know the type of oil contained within, whether and how it’s flavored and what cutting agents, if any, have been used to dilute the solution. This helps you anticipate the type of vaping experience to expect.

Vape cartridges are all filled with cannabis distillate that’s designed for optimal vaporization using a portable battery. During the distillation process, the cannabis oil is stripped of all flavor and aromatic compounds. At this point, it can be left in its raw form (flavorless/tasteless), it can be mixed with terpenes for extra flavor, or with some form of glycol (PG, VG, PEG) to give the vapor extra mouthfeel (thin versus thick, smooth versus chalky, dry versus buttery).

The reintroduction of terpenes is common in distillate-filled cartridges, as the distillation process removes the natural plant terpenes and results in an odorless, flavorless viscous liquid. Some extractors have mastered a technique that allows them to remove the terpenes from the plant during the distillation process and reintroduce them prior to filling the vape cartridges. These cartridges are known as strain-specific vape cartridges that use cannabis-derived terpenes to retain the same aroma and flavor of the plant that the oil was derived from.

It’s also common for cartridges to be filled with naturally derived terpenes that create exotic flavors that smell and taste like fruits and candies. The reintroduction of terpenes after extraction allows manufacturers to create countless cannabinoid and terpene combinations to suit a variety of needs. These terpenes can also change the viscosity and color of the distillate in the cartridge.

Some THC vape juice contains cutting agents similar to those used in e-cigarettes, added to improve vape cloud production and the mouthfeel of the cartridge. The most common cutting agents include polyethylene glycol (PEG), propylene glycol (PG) and vegetable glycerin (VG).

Polyethylene glycol has many medical, commercial and industrial applications and is used as a cutting agent in vape liquids to maintain an evenly mixed product that increases overall vapor production.

Propylene glycol is a binding agent that blends with solvents for use in food, hygiene, industrial and lab applications. It’s a common cutting agent in “hash oil” vape pen liquids due to its promotion of even draws.

The Food and Drug Administration (FDA) has labeled these various cutting agents as safe for human ingestion, but there are still concerns about what happens when these compounds are inhaled. A 2010 study, published in the International Journal of Environmental Research and Public Health, concluded that inhaling PG could potentially exacerbate asthma and allergies. Additional research also suggests that, when vaporized at high temperatures, both PEG and PG breaks down into the carcinogens formaldehyde and acetaldehyde.

More research is required to fully understand the effects of inhaling these cuttings agents, but if you prefer to avoid them, look for raw vape cartridges or other products that don’t utilize these cutting agents.

Keep out of reach of children. For use only by adults 21 years of age or older.
Lesley Nickus via Weedmaps (https://weedmaps.com/learn/products-and-how-to-consume/vape)