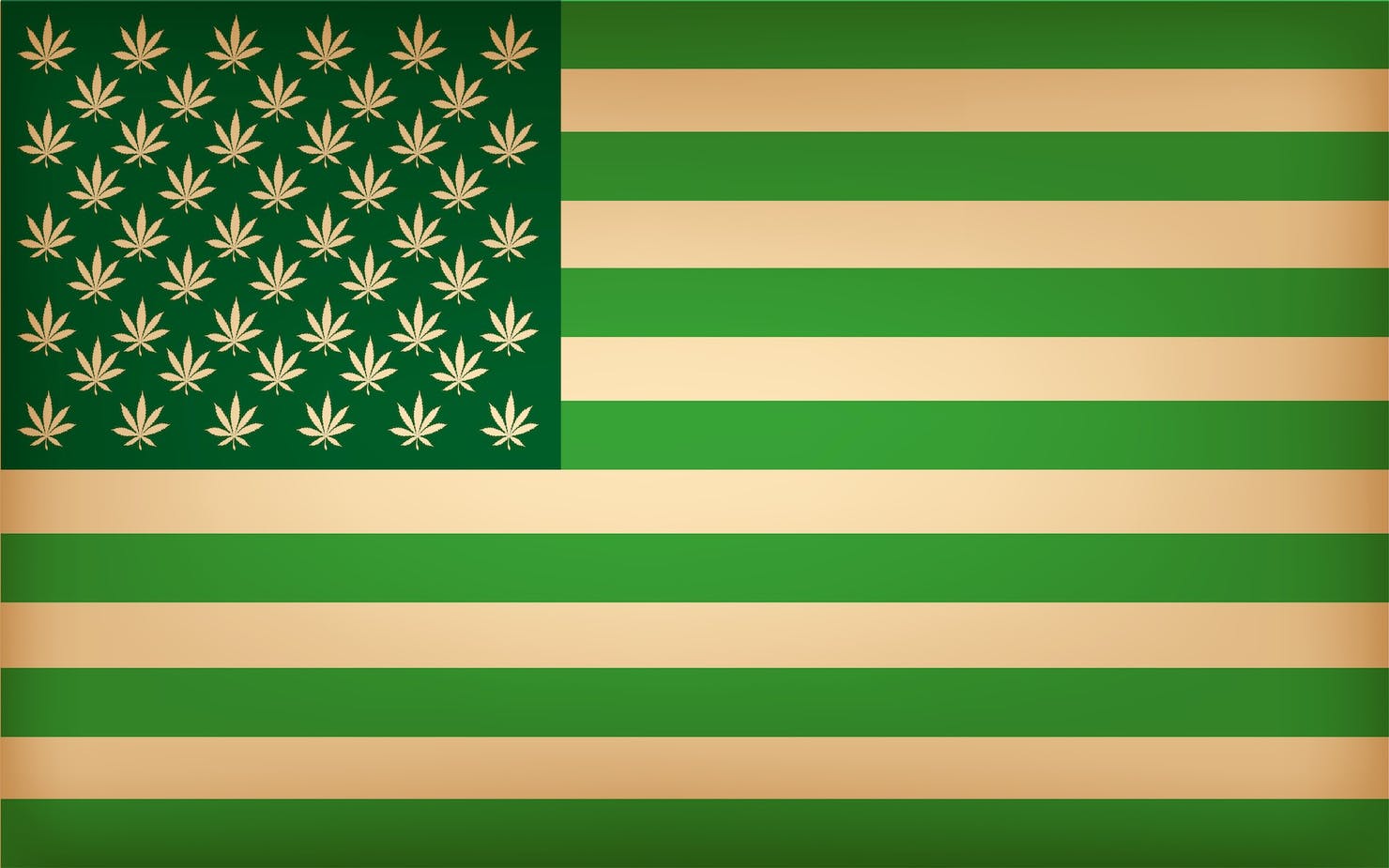 The proposal would end a federal ban on marijuana and create a pathway to expunge related criminal records.

As the cannabis industry continues to take root state by state, the House of Representatives voted in favor of removing marijuana from the federal Controlled Substances Act.

The House voted Friday on the Marijuana Opportunity Reinvestment and Expungement Act, or MORE Act, which decriminalizes cannabis and clears the way to erase nonviolent federal marijuana convictions. The Senate is unlikely to approve the bill.

The MORE Act also creates pathways for ownership opportunities in the emerging industry, allows veterans to obtain medical cannabis recommendations from Veteran Affairs doctors, and establishes funding sources to reinvest in communities disproportionately affected by the war on drugs.

Friday’s vote was the first time a full chamber of Congress has taken up the issue of federally decriminalizing cannabis. Of the vote count, 222 Democrats were in favor of passing the MORE Act and six were against it. Five Republicans voted in favor of it and 158 voted against passing it.

“It is the right thing to do,” said co-sponsor of the MORE Act, Rep. Earl Blumenauer, D-Ore., co-chair of the Congressional Cannabis Caucus prior to Friday’s vote. “For too long, the war on drugs has targeted young people, especially Black people, and rejected the advice of experts.”

Blumenauer, whose congressional district includes parts of Portland, has been working to end cannabis prohibition since the 1970s, when he was in the state Legislature. He said that the drug war “never made any sense” to him and that it was instead born out of President Richard Nixon’s “cynical” view on cannabis and other controlled substances.

Nixon declared a “war on drugs” in the early 1970s, calling drug abuse “public enemy number one” following the rise of recreational drugs in the 1960s. He aimed to reduce use, distribution and trade with tough enforcement and prison sentences.

Download the NBC News app for breaking news and politics

Blumenaer said that unlike heroin and cocaine, both of which are also Schedule 1 drugs, cannabis is not addictive, and it has been found to have therapeutic properties for managing pain. (Research from the Centers for Disease Control and Prevention and other organizations indicates that marijuana can, indeed, be addictive.)

“Public acceptance is at an all-time high,” he said. “This is an idea whose time has come.”

“For decades, discriminatory cannabis policies have perpetuated yet another form of systemic racism in America, and this legislation will begin the process of restorative justice for those most harmed,” said Rep. Barbara Lee, D-Calif., who co-sponsored the bill with Blumenauer.

In a joint letter to Congress, Lee and Blumenauer said their reform efforts underscore the “critical issue of racial justice, and the failed war on drugs that has devastated communities of color, especially Black and Brown communities.”

“We can no longer ignore our duty to repair the damage that this harmful form of systemic racism has done,” the letter read.

The trend toward normalizing cannabis is not specific to the United States; it is part of a global movement to end prohibition. The U.N. Commission on Narcotic Drugs voted this week to remove marijuana and marijuana resin from the category of the world’s most dangerous drugs, paving the way for additional research opportunities.

Despite the recent success of reform efforts, many lawmakers remain opposed to federally decriminalizing cannabis. Among them is Rep. Debbie Lesko, R-Ariz., who intends to vote against the MORE Act.

In an emailed statement, Lesko said Democrats have “chosen to waste the House’s time” with a bill that “will never be signed into law.”

“Not only is this a dereliction of duty, the bill is simply bad policy,” she said. “It does nothing to deter the use of marijuana by children, fails to require a warning label on the health risks posed by marijuana, and disregards science that shows marijuana directly affects parts of the brain responsible for memory and learning.”

Supporters of the bill counter that the MORE Act would reconcile legal tensions between states and the federal government. Since California legalized medical marijuana in 1996, dozens of states have launched recreational and medicinal cannabis programs in open defiance of federal law, creating confusion when it comes to taxing, transporting and even traveling with marijuana.

The unspoken truce between states and the federal government was codified in 2013 when Deputy Attorney General James Cole issued a memo updating guidelines to federal prosecutors about marijuana enforcement under the Controlled Substances Act.

The so-called Cole Memo was issued after voters in Colorado and Washington state legalized cannabis for adult use even though marijuana is a Schedule 1 drug. With state laws at odds with federal laws, prosecutors were instructed to focus on only the highest level of cannabis-related offenses, including distributing to minors, conspiring with drug cartels and engaging in violence.

If cannabis is descheduled through the MORE Act, large banks and institutions would be more likely to enter the marijuana industry once a legal framework is established, said Justin Strekal, political director of the National Organization for the Reform of Marijuana Laws, or NORML.

“It is bad statecraft when you have states completely defying the federal government,” he said. “It engenders disrespect for the law.”

While advocates expect the MORE Act to pass in the Democratic-controlled House, the Senate presents another obstacle altogether. Majority Leader Mitch McConnell, R-Ky., has slammed Democratic efforts to include diversity studies as part of cannabis reform, saying this year that lawmakers should instead focus on providing relief from the coronavirus pandemic.

Still, McConnell, who supports the hemp industry, met with cannabis industry insiders last year in California, signaling to some experts that perhaps cannabis reform is much closer to becoming reality.

“More and more this is becoming a bipartisan issue,” said J. “Smoke” Wallin, CEO of Vertical Wellness, a California-based hemp and CBD company. “When you look at states that just passed cannabis laws, you have blue, red and purple. It’s more a question of when it happens and how.”

Keep out of reach of children. For use only by adults 21 years of age or older.
Alicia Victoria Lozano via (https://www.nbcnews.com/politics/congress/congress-takes-historic-bill-decriminalize-cannabis-n1249905)a:0:{}