How to Use RSO 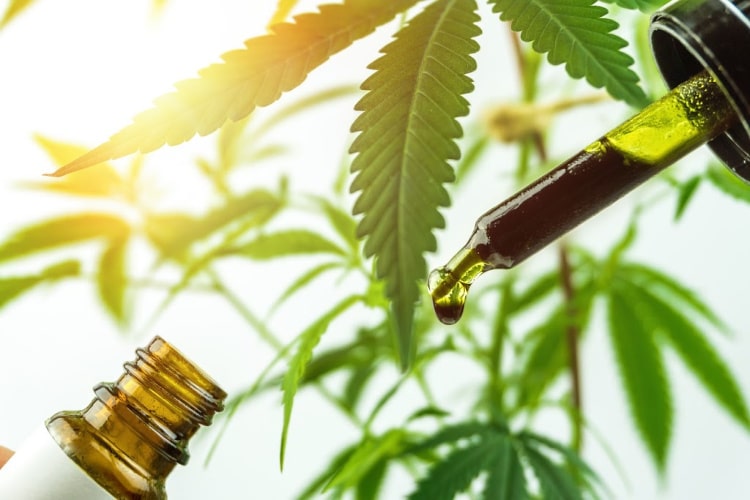 You may have heard about Rick Simpson Oil (RSO), and maybe even seen it at the dispensary. But once people get their hands on some, many are at a loss as of what the heck to do with it. In this article, we’ll go over the basics of RSO and the recommended ways to use it.

What Exactly is RSO?

RSO is a potent cannabis resin extract that is higher in THC levels than most other extracts. RSO is named after the man who first developed it, medical cannabis activist Rick Simpson. Rick was inspired after reading a study in the Journal of the National Cancer Institute were THC was proven to kill cancer cells in mice. According to Rick, using cannabis oil on his skin cleared away the cancer spots on his arm in a matter of days. (Note: this was his belief and does not align with the beliefs of Greenside Rec.) These results led him to become a faithful believer in the power of medical cannabis and the developer of Rick Simpson oil.

What Does the Research Say About RSO?

There’s still a huge need for clinical research to support the self-reported evidence of RSO effectiveness as a medical treatment—let alone as a cure for cancer. But the good news is that we already have some scientific evidence that cannabis could be a powerful tool in fighting the horrible side effects that come with treating cancer. A 2014 study looked at how THC and CBD extracts work alongside radiation therapy in mice with brain cancer. The researchers discovered that cannabis helped increase the effectiveness of the radiation treatment on mice.

While RSO itself hasn’t undergone any large clinical studies, anecdotal evidence and case reports show that it holds promise.

How to Use RSO

If you want to use RSO for a medical condition, it’s always a good idea to seek the advice of a medical professional before beginning a treatment regimen. The problem is many physicians are unwilling to acknowledge the potential benefits of cannabis as a form of treatment.

If you choose to follow the dosage instructions recommended by Rick Simpson, remember they haven’t been medically researched—but they have been used by thousands of people. Dosages can vary from person to person depending on many factors, including the potency of the oil. As with any cannabis treatment, proceed at your discretion.

You can usually find RSO at your local cannabis dispensary. But what are you supposed to do with it once you get it? This dark, potent oil can seem a bit intimidating at first, but the method most people use to take it is simple.

The goal of the Rick Simpson method is to gradually increase the amount of oil consumed each day, over 90 days.

Rick Simpson recommends beginning with three very small doses each day. These doses should be the size of half a grain of rice (1/4 a drop of RSO), taken about every eight hours. One in the morning, one around noon, and one at night.

After the first week, double the dose every four days. Most people will take three to five weeks to reach the maximum dosages of one gram of RSO per day.

Keep taking one gram a day of RSO until the full 60 grams are consumed. For most people, that’s about 8 or 9 rice-sized doses of RSO every eight hours.

Things to Keep in Mind

Remember that highly concentrated whole-plant extracts like RSO aren’t meant to be smoked or vaporized. These types of extracts are typically used in one of the following three ways:

The recommended method of daily consumption of large amounts of RSO has the potential to bring about some strong psychoactive side effects. But when it’s used topically on the skin, the THC doesn’t enter the bloodstream, and no psychoactive effects will be felt. You will likely feel the effects of THC with oral consumption, but it’s often the most effective method.

Interested in using RSO? We’re here to help. Come by one of our locations and our staff will be happy to help get you started.

Keep out of reach of children. For use only by adults 21 years of age or older.
Greenside Recreational via (https://greensiderec.com/how-to-use-rso/)a:0:{}