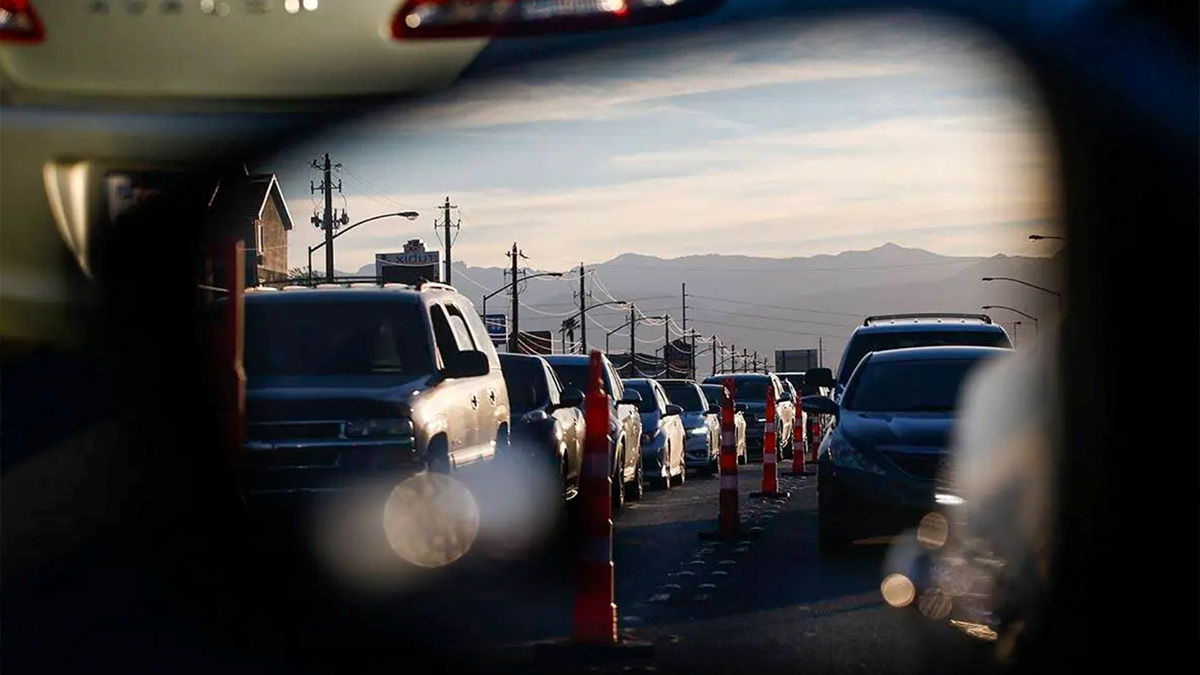 With the three-day party that is Electric Daisy Carnival returning to the Las Vegas Motor Speedway this weekend, area motorists should brace for increased traffic.

Traffic restrictions will be in place Friday through Sunday as hundreds of thousands of expected EDM fans are set to converge on the speedway, the Nevada Department of Transportation announced Tuesday. Restrictions will vary but will include moving traffic in the opposite lanes to help ingress and egress.

Restrictions are planned for the following locations between 2 p.m. and 9:30 a.m. Friday-Monday:

With the restrictions, drivers should expect higher than usual traffic on I-15 before and after each day of the event. Traffic impacts from EDC are expected to be the most problematic during Monday morning’s rush hour, as the three-day festival concludes. The usual rush of concertgoers heading back to the Resort Corridor and to nearby states via I-15 and U.S. Highway 95 historically compacts the already busy Monday commute.

“We don’t have many great detour options for events at the Las Vegas Motor Speedway because the two main routes — I-15 and Las Vegas Blvd. — tend to get heavy traffic,” NDOT spokesman Justin Hopkins said in an email. “Our best advice is to avoid those areas during the busiest travel times if possible, including Friday, Saturday, and Sunday evenings between 4 p.m. and 10 p.m. and Monday morning from 5 a.m. to 7 a.m.”

Shuttles are sold out for the event and will run between the following locations and the speedway: Luxor, Golden Nugget, Bally’s, Resorts World, The Strat, Downtown Lot: Ninth and Fremont streets, Tropicana and the Rio.

EDC attendees should also check the festival’s website for the latest on parking and dropoff information.