There's a Truck in Bangkok Now Selling Grams of Weed for $20, But Is It Legal? 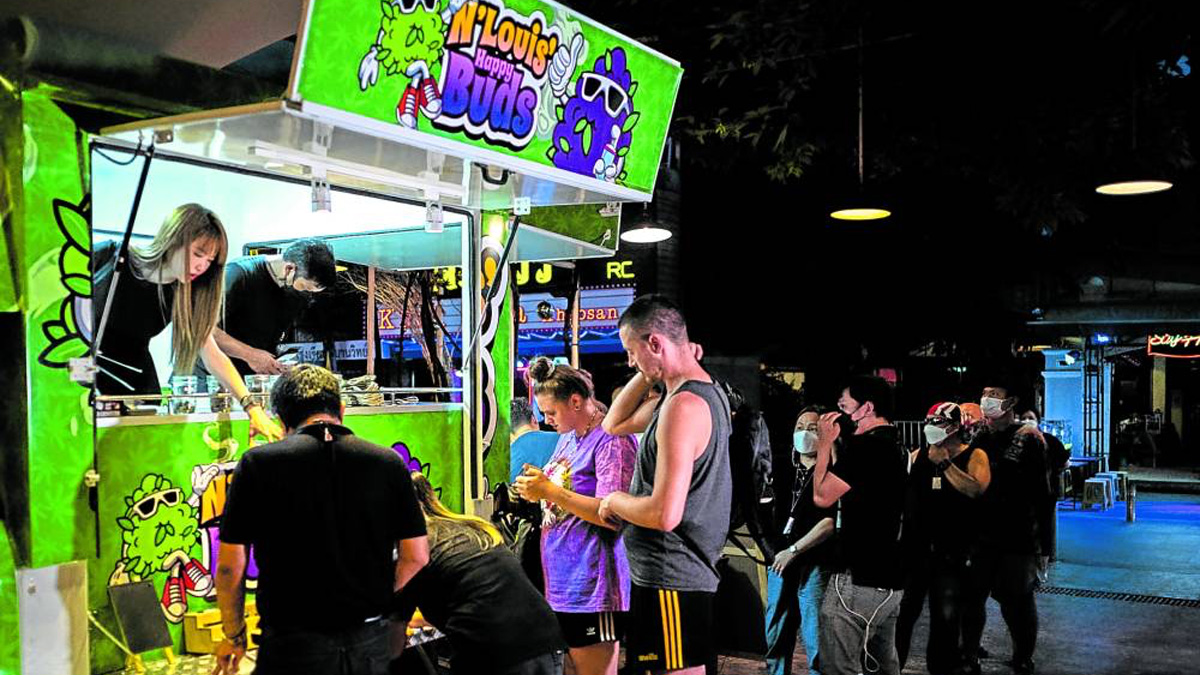 Thailand decriminalized the home cultivation of cannabis and regulated the medicinal use of marijuana, but recreational weed is still not legal — but these fine points seem to be escaping people both inside and outside the country.

In fact, some individuals are capitalizing on the country’s admittedly-confusing legal situation. In Bangkok, Reuters clocked the Happy Bud truck, which posted up on the tourist-heavy Khaosan Road and sold a variety of nugs, plucked out of glass jars as though it were all perfectly legal,  for $20 a gram. One visitor to the country told a reporter that the enterprise was their “dream come true.”

Of course, none of it is legal. Probably. Though the country’s legislators have yet to come to an agreement on regulations for the budding industry, recreational use (as encouraged by the wares of Happy Bud) most certainly won’t make the cut.

We know this because smoking in public can land you in jail for up to three months on top of a $700 fine, according to The Washington Post. The Post published a very helpful guide to the knowns and unknowns of Thai legalization. Travelers, take note!

All of this is despite the Thai government’s promotion of cannabis decriminalization as a way to attract tourists lost during the pandemic. At one point, the Thai Food and Drug Administration floated the idea of tourist-friendly “cannabis sandbox” zones, where regulations could be altered for foreign vistors of the country. But those are looking to be geared more towards people looking to use low-THC cannabis for medical purposes, à la the patients of the government-run cannabis clinics that have set up shop in all of the country’s provinces.

Other useful things to know before you go to Bangkok: Eateries are permitted to sell weed-infused food and drink in Thailand, but the THC limit caps at 0.2 percent. That’s below the 0.3 percent limit that’s used to define hemp in the 2018 Farm Bill. But, Thai food culture leans more heavily on the use of non-psychoactive cannabis — there’s been much made of Thai pizzeria The Pizza Company’s pies and chefs that employ marijuana as a source of umami, for example

Adding to the confusion over cannabis’ status in Thailand are highly suspect media reports that have emerged post-decriminalization about overdoses on the drug, weed-caused heart palpitations among young people, and even one fatality from cannabis-created heart failure. For the record, there have been zero cases of confirmed deaths from weed — regardless of its legal status in any given country.